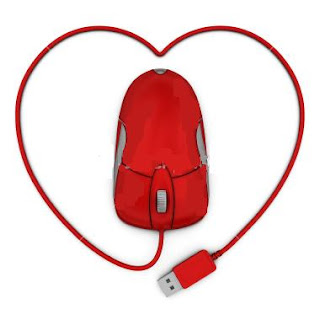 The advancement of technology may be the demise of social interaction. The days when people would exchange dialogue in a smoke filled lounge are gone, the days of waiting on the mailman to deliver that letter is gone. Call me old but I’m very conscious of the days when personal interactions were the deciding factor on who a person would date. Now the times have changed and people are no longer using those methods, instead the current world of instant gratification gives us Internet dating. People find it a lot more reliable, and believe it increases dating options.

Lets add up all the factors.

In the world of internet dating some sites may suggest that they have a “scientific algorithm” to weed out the bad from the good and to provide you with the most compatible person. There’s an old saying that if you want to make an omelet you have to break a few eggs. The same applies here: if you want to meet that compatible person then I suggest actually putting in the effort and stepping away from the web. There is no proven scientific method to determine compatibility without interaction. In the world of instant gratification people don’t have, shall we say, the patience to put in the work that is necessary to achieve a solid foundation.

I remember listening to old folks (70 - 80 yrs old) as they would talk about the duration of time it took to get a first date with their soul mate, or the time it took to get that first kiss. You see, the concern of this generation is more about the “gratification” than the end result. It’s fair to say that this generation of seekers tend to want to “smash” sooner than later.  Let’s even go further and evaluate the objectification aspect of internet dating. With the advancement of technology comes Facebook, Twitter, Google +, and all that other social media, in which case there is always a “profile picture.” And that leads to what the person is presumed to be (Model / Actress), but when you meet them they fall short of that expectation.

The advantages of internet dating don't quite stand up to the reality of physical presence. Interacting with a person can create chemistry that is necessary to build that foundation, whereas the presumed personality sometimes doesn’t quite account for a person. The bottom line is when you meet someone online you have a preconceived notion that they are what you see on profile; but, if you met someone in real life and didn’t see their facebook or whatever profile you’d go on the physical basis of what you see. I’m not saying internet is wrong but real presence adds more substance than the assumed.

Don’t get me wrong-- there’s plenty of hope for internet dating, otherwise Match.com wouldn’t be successful. It’s the same allure that drags people to sky dive or bungee jump. Not that I’m comparing thrill factors, but when you attend a dating site’s gathering it may be close [Free falling- Tom petty]. So to those who are the poster children of Internet dating’s conclusive Happiness, I say, godspeed. You are amongst the few and you have my blessing to trek on forward.

In the current age of technology we have acknowledged some statistics. 1 in 5 relationships, either start on the web or flourish from it so we have to believe it can be used for good instead of evil. We must also acknowledge the ease it brings to the predator that will lie without consequence. (Tangent: Be a Fact Checker! One can never be too sure.)

The longevity of our predecessors’ relationships will always surpass that of the current norm. Our parents-- or the old folks that you find at the park bench caring for each other-- lasted not because of the fear of growing old but the fact that they didn’t have to assume who the other person was. They knew from years of interaction that this person was in fact the person they wanted to be with; they analysed this person for years. And there wasn’t anything that had to be told of this person. You see, this person doesn’t have to say much for them to know what they want or what they’re thinking. What lies beneath static and electricity is silence and believe me at a certain age you come to enjoy it.

The illusion that the fastest way to a more secure happiness is by not taking chances will not better you or the future you want to have. Fear not the failures of loneliness and embrace the wonder of compatible companionship.

You deserve, at least, that much.